American Servicemen and Women Who Have Died in Iraq and Afghanistan (But Not Including the Wounded, Nor the Iraqis Nor the Afghans), 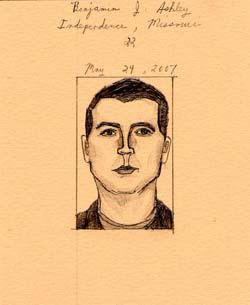 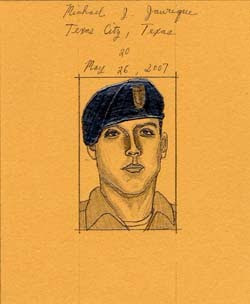 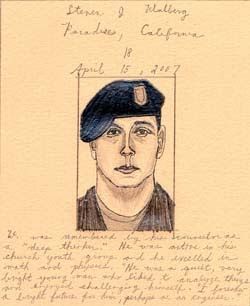 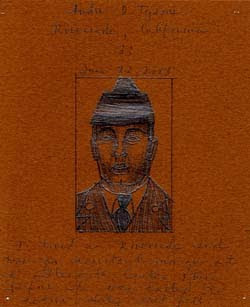 I love these portrait drawings, and the sentiment behind them, by American artist Emily Prince currently on show at the Saatchi Gallery in London.

In an article in The Guardian it describes how ‘at the last count, the artist Emily Prince had drawn 5,218 small pencil portraits of soldiers: all of them very different individuals, and all of them dead.

Today her project, American Servicemen and Women Who Have Died in Iraq and Afghanistan (But Not Including the Wounded, Nor the Iraqis Nor the Afghans), went on display for the first time in the UK at the Saatchi gallery in London. For two days Prince and some 10 helpers methodically pinned up the simple but powerful drawings, some with additional personal facts and tributes, and all of them on cards that correspond to their skin colour.

Prince said the idea came in November 2004 shortly after George Bush's re-election. "I felt really frustrated by the direction America was heading ... I needed to channel that energy into something."

She said it was all too easy not to think about the conflicts and the resultant deaths on both sides if there was no personal involvement. "That gap disturbed me. I wanted to engage more deeply with the information," she said.

"I'm not always emotional when I'm drawing the portraits but the most moving part is reading the articles. Before I began I had a stereotype of who a soldier would be and that's been taken apart."

The work has a resonance with British artist Steve McQueen's Queen and Country project, in which he created postage stamp sheets of 155 British soldiers killed in Iraq. He continues to campaign for the stamps to be issued.

Prince's work will be shown until 7 May, and the project continues until the conflicts stop. "I can't see any sign of it," she said. "It seems perpetual." 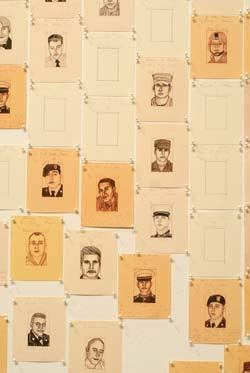 What a powerful statement. I’ve got to go and see these. Here’s also a link to Steve McQueen’s brilliant ‘Queen and Country’ project’s website
www.artfund.org/queenandcountry
Posted by shaun morris at 20:35