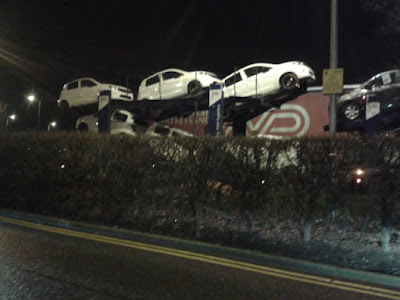 (Photos taken on the journey)


I was recently interviewed for a Feeney Fellowship, following a proposal I made in response to a call for applicants. The Fellowship awards two bursaries a year of up to £3000 to Birmingham based arts practitioners to, as outlined on their website, ‘broaden their expertise and develop their careers…the proposal should allow exposure to new, outside influences…rather than simply giving the applicant time to develop a new body of work’. 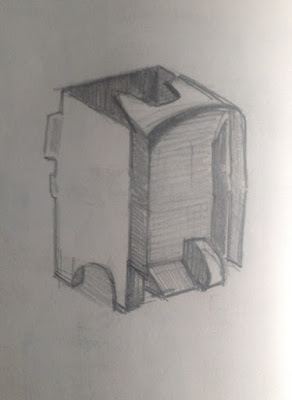 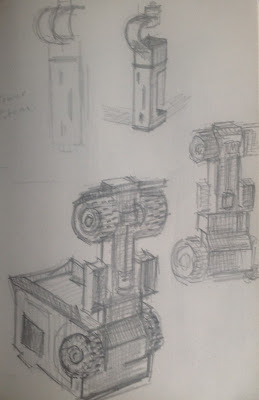 Anyway, this is all a bit circumspect as, following my interview, I was unsuccessful in the end, and did not receive a bursary. For the interview I had to give a brief presentation in support of my proposal. I decided it would be a different approach to develop and present a sketchbook of possible design ideas, and so during the time I have been signed off work I spent a few days working on this. I made nearly eighty studies over thirty pages, which I enjoyed a great deal: making initial drawings from my son’s toy trucks and then developing ideas about different surface treatments using paint and collage. As I said, it’s all a bit circumspect now, but I thought it might be nice to share some of these in this post. 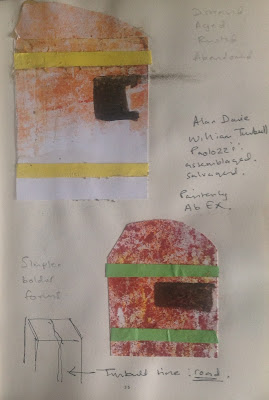 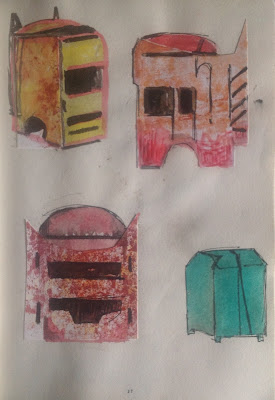 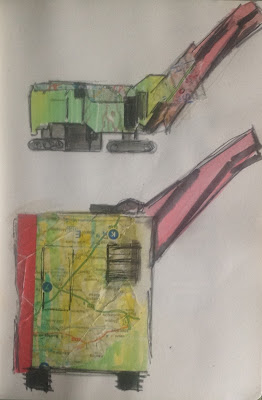 Road Mending Machine Teapot!
My good friend, Marian, who acted as a referee, was very disappointed I was turned down and wondered if her reference had not been, in her words, ‘sophisticated enough’. I am certain that this would not have been the case, but rather more likely to be the lack of sophistication in my ideas that would have been the problem. I think also that it may be that it looked, and probably correctly, like I would be producing a whole new body of work, rather than extending my existing practise. I will never know….Still, despite this I do think some of the designs have potential to be carried further, and maybe, without the pressure the Fellowship would have undoubtedly brought, I could attempt something in clay yet in the New Year.

Posted by shaun morris at 22:36 No comments: 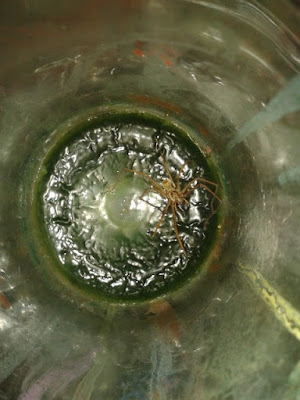 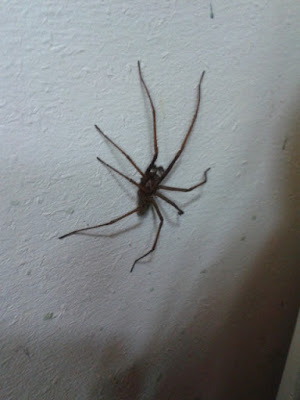 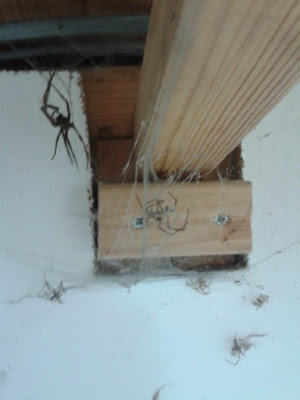 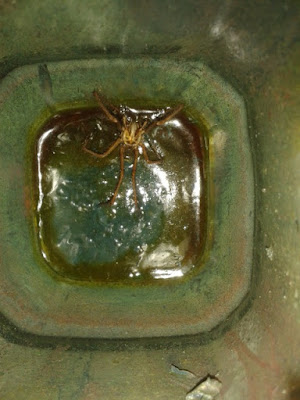 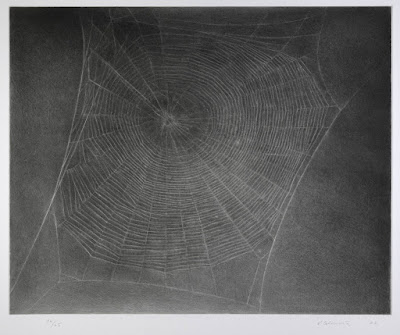 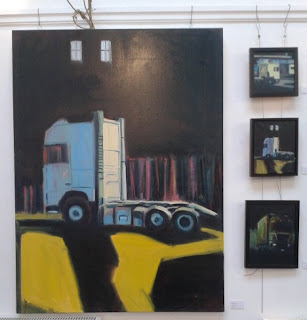 'Auto Portrait' and smaller works at Blue Moon Cafe, Sheffield
With the current refugee crisis sweeping Europe and the awful stories of people smuggling in the backs of suffocating lorries this small painting I completed the other night (above) seemed to possess a different and very present currency. Most of my lorry paintings feature just the decoupled cab without any cargo, but I like this painting and wonder whether it should be developed further. 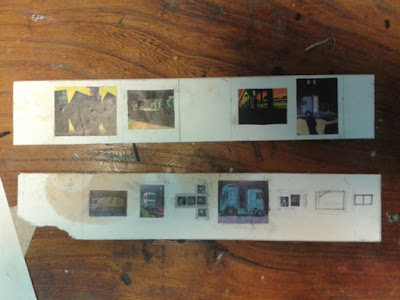 I’ve also been busy planning my exhibition at the Blue Moon Café in Sheffield by making these little ‘maquettes’ on bits of old mount card of the café walls from the dimensions and photos Cupola Gallery has sent me. It’s been really important to plan it carefully in the end as apparently I won’t have much time to install the work. I also want to exhibit some more accessibly priced smaller works, so I have needed to decide which ones and get them framed. I’ve made a few more small square lorry paintings to go with other similar pieces last week too. 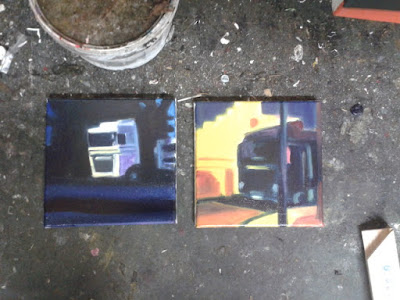 I’m also struggling to price my work as the gallery takes a 50% commission on everything: I would like to attempt to sell things and therefore try and price them reasonably so that the price tag may appeal, and yet I don’t want to give things away either. Any money I make will almost certainly be less than if I was selling them on my own, but you can’t have it all ways. For me at this stage, It’s more important that I am working with the support of a gallery so that is a price I will have to pay for now. What with this and all the good news about Jeremy Corbyn, it’s all taken up a bit of head space lately…
Posted by shaun morris at 20:54 No comments: 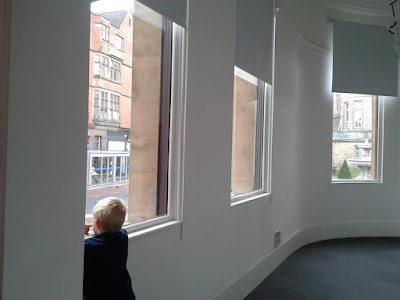