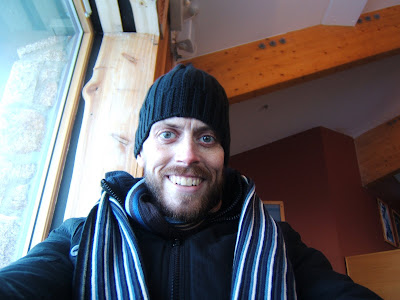 My younger brother, Stu died from cancer recently on April 30th. He was aged 36 and had been diagnosed nearly two years ago. I’ve not mentioned it previously on the blog as it has seemed too personal, and painful, to share (and we seem to be in a culture I naturally shy away from where everybody seems happy to lay bare there entire lives using the modern media available), but as time has gone it has seemed increasingly slightly disingenuous not to mention it directly. One of the main reasons being that this is a blog mainly about my work as an artist, and nothing has affected me so profoundly as this event . As time has gone on it has been more and more difficult not to mention it in relation to things going on in my life. All my work over the last few months, particularly since November 2008 when his condition worsened, has in one way or another been about him and my feelings surrounding his illness and now loss. Painting has been a way to explore feelings and events that have seemed beyond words.
Anyway, next Sunday August 2nd I’m running in the ‘Stu Morris Fun Run’ at Sandwell Valley. It’s a 5k run organised by Stu’s former work colleagues to raise money for The Willow Foundation, a cancer charity that supports families and individuals living with cancer by creating ‘special days’ or holiday breaks, or helping people fulfil an ambition of some kind. Stu and his wife Emma, and their three year old son, Brody were helped by the charity in January 2009, when they helped pay for a holiday in Scotland. I’ve raised quite alot of money already from friends and work colleagues who have been overwhelmingly supportive, but I thought it only right to have a last push for any more sponsors through my website where you can make online donations if you follow the link below:
http://www.justgiving.com/For-Stu-Morris

Art and artists can offer great comfort on difficult times. I’ve found comfort in lots of things lately, but particularly poetry. Poetry, more than any other art form, has a wonderful way of offering great and concise clarity to very complex feelings which are hard to articulate in any other way. I recently discovered the brilliant work of Scottish poet, Jackie Kay. She was featured on the BBC’s excellent recent ‘My Life In Verse’ where she read out the poem below about a friend who had recently died of cancer. It moved me immensely, and articulated so much I could not. I thought it would be nice to share it in this blog. Below it is one of my new paintings, too.
Darling,
You might forget the exact sound of her voice
or how her face looked when sleeping.
You might forget the sound of her quiet weeping
curled into the shape of a half moon,

when smaller than her self, she seemed already to be leaving
before she left, when the blossom was on the trees
and the sun was out, and all seemed good in the world.
I held her hand and sang a song from when I was a girl -
Heel y’ho boys, let her go boys –
And when I stopped singing she had slipped away,
Already a slip of a girl again, skipping off,
her heart light, her face almost smiling.

And what I didn’t know or couldn’t say then
was that she hadn’t really gone.
The dead don’t go till you do, loved ones.
The dead are still here holding our hands.

The Return of Ron and Barry 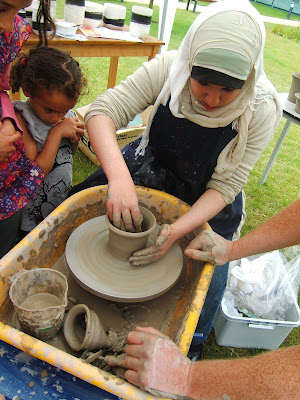 We held our first ‘Arts Festival’ in the Art Department at Joseph Chamberlain Sixth Form College, where I work, over the weekend. (I meant to plug it last week, but was so busy setting it up). We had an exhibition of student’s work and also staff and artists associated with the department, including myself, with a lovely, and well-attended, private view on Thursday night. We hung it in a fashion inspired by the Royal Academy Summer Exhibition, which looked great, and allowed us to put up and celebrate as much of the student’s work as possible. Over the weekend we had a range of activities and workshops on to compliment the show, which included Pottery, Stone Carving, Casting, Pinhole Camera workshops (my colleague and photographer, Laura Gale is so passionate about pinhole photography it’s infectious!), Embroidered Jewellery and Textiles, Video Workshops, Dance and Performance Workshops, and Printmaking. It was great fun, and was really well attended I’m pleased to say. Many of our students actually ran the workshops, and had the opportunity to work alongside the professional artists. I was really proud of them, as they were rushed off their feet in their casting workshop, but they coped admirably and interacted so well with the public. It was a great opportunity for them, as I didn’t get any experience like this until I was long out of my University degree, as an artist working in the community.

Robert Perry, local renowned landscape painter and RBSA member, was kind enough to lend us two very large paintings for the show. I’m a big fan of Rob’s work, particularly his Black Country landscapes where I grew up. He grew up in the Black Country too, in Stourbridge, and still lives there. He works entirely ‘plein air’, travelling and working in his mobile studio, which is a customised transit van. I’ve followed Rob’s exhibitions since I was a student on my Foundation Course many years ago. At that point he was making paintings in the dead of night, nocturnal landscapes as it were. This was out of necessity, as he was trying to fit painting around raising his kids as a single parent and, like me, holding down a job as a lecturer in Art and Design. It was at this point he decided to customise the van and work on entirely on location in the middle of the night when the kids were asleep. An inspired idea. 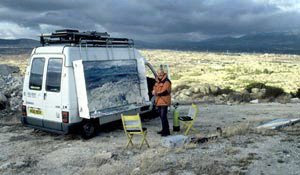 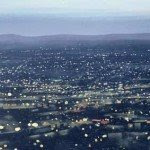 Black Country by Nightfall, oil on board, 2001

I organised a lecture visit by him for the department earlier in the year, which was really enjoyable. He turned up in the famous van which I was really pleased with. It seems almost as famous locally as him. Check out tomorrow’s episode of ‘Coast’ which features Rob working in France. Also, have a look at his website to find out more about his work:
www.robertperry-artist.co.uk 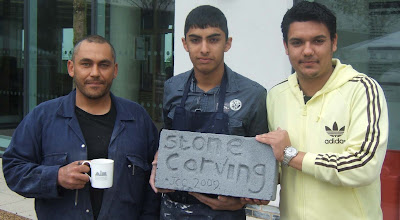 The Stone Carving workshop was run by my friend, Dudley born artist Robert Bowers (above on the left). I’ve known Rob for nearly ten years and he is a great character and a natural comedian, and very passionate about art. We’ve taught together in the past too, where the students, a group of mature HND students, nicknamed us ‘Ron and Barry’, which I’ve only just realised is the name of The Chuckle Brothers! Rob is a talented sculptor and painter, whose enthusiasm and encouragement just rubs off on you. He always leaves a huge impression on people and this weekend was no exception. I came away from the weekend incredibly fired up about my practise and the months ahead. The whole event had been really motivating for the department and for me personally…

Check out Rob's website: http://www.bowersart.co.uk/
Posted by shaun morris at 19:59 No comments:

Me and Jimmy Corkhill 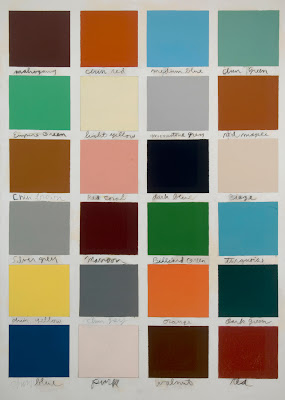 I travelled to Liverpool on Saturday to visit the Tate Gallery’s exhibition, ‘The Uncertainty of Colour'. Although I like individually many of the artists exhibited such as Ellsworth Kelly, Jim Dine, and Gerhard Richter, I found the whole exhibition a bit boring if I’m honest. You sort of got the idea in the first room really-the idea being how artists have used ‘ready-made’ colour from commercial and industrial sources from the 1950’s onwards, rather than mixing or using colour for expressive purposes such as mood, light and atmosphere. There were so many ‘colour chart’ paintings on display that it all seemed to demonstrate a lack of imagination rather than anything else. Oh well…I did though find some inspiration in the Jim Lambie floor ‘painting’ with coloured tape, but only in the sense that it would be a quite groovy way to decorate my kitchen floor. 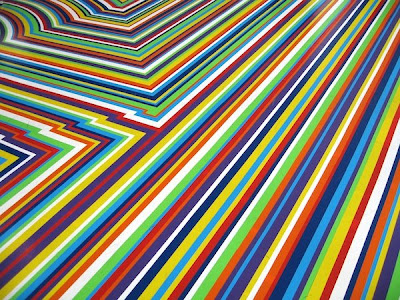 Despite the disappointment of this exhibition, there was a great sculpture show based on ‘Representations of the Body’ curated by designer Wayne Hemingway and his son. You picked up some headphones as you went in, and found yourself listening to some great disco as you walked round, though the idea was you were meant to dance around. There was even a big illuminated disco floor in the centre of the room to encourage you, and some of the sculptures were displayed on illuminated plinths and looked great. It all sounds a bit dodgy doesn’t it? But it was a refreshing change, particularly as the actual selection of art was so good too. 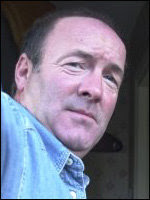 After a quick visit to the Bluecoat to visit their current exhibition, ‘The End of the Line: Attitudes in Drawing’, we ended up as we often do at The Everyman Theatre for lunch. It does great food, and increasingly seems more like our motivation for visiting this great city than the art. Later in the afternoon, when we were down by the famous Dockside, having just left the Tate, I passed someone whose green loafers caught my eye. I looked up and who did I see-only the legend that is Dean Sullivan, better known as JIMMY CORKHILL from Brookside fame! It made my day…

On the way home on the M62 driving through St Helens something caught our eye on a hill off the motorway. I immediately recognised it as the new public sculpture ‘Dream’, that has been built on the site of the old Sutton Manor Colliery, and that was recently featured on Channel Four’s excellent ‘Big Art’ series. Following directions, we pulled up and walked up to this huge sculpture which is a portrait of a nine year old girl that had a very ethereal quality. At over the height of five Double Decker buses it took your breath away as you approached it. 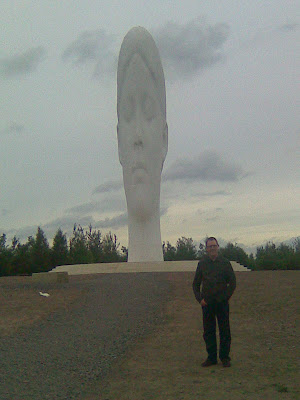 I found it really inspiring, placed in a wonderful location that overlooked an awe inspiring landscape. It made the whole day worthwhile. Well, that and meeting Jimmy...
Posted by shaun morris at 21:52 No comments: 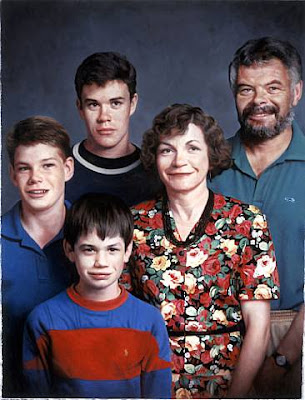 Untitled (Family Portrait 2),
pastel on paper, 63'' x 51'', 2004-05
I’ve found a great poignancy in the family portraits of Tim Gardner, whose work I accidentally discovered whilst stumbling upon a catalogue of his work in the National Gallery gift shop some months ago. There seems to be a frightening sense of fragility to these otherwise seemingly innocuous images that I find very moving. As the New Yorker asked of the psychological undercurrents evident in these pastels (yes, they are pastels..): ‘How do any of us survive?’ 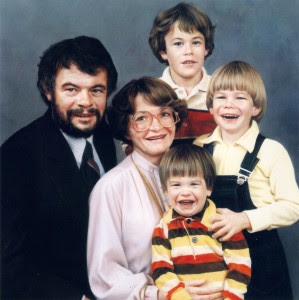 Untitled (Family Portrait),
pastel on paper, 63'' x 51'', 2004-05
I really enjoy Tim’s work, which are mainly incredibly well-rendered watercolours and pastels based on his photographs of family and friends. Most of them are based in the middle-class suburbs or vast landscape of North America, where he was raised. Many of them have a quiet, unsettling quality in a sort of Rick Moody/Ice Storm kind of way, probably something to do with their settings but also to do with the subtleties of tension and awkwardness that they convey. Here are a few examples of other paintings of Tim’s I thought were great ( I particularly love the group Ice Hockey Team photo),with a couple of links to some other sites on his work: 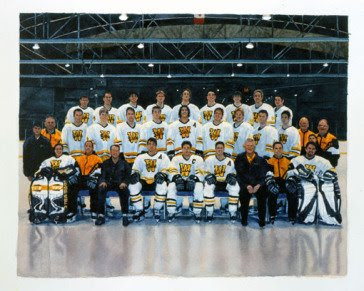 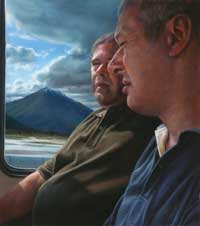 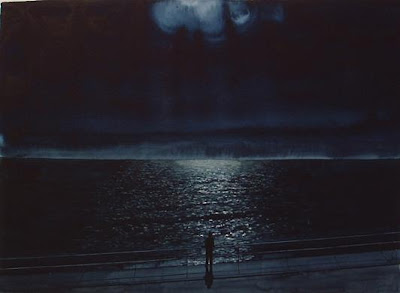 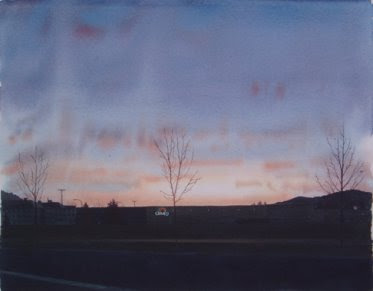