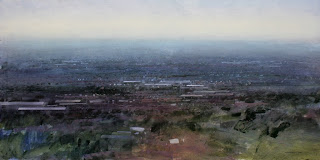 I’m keen to document other artists that explore the so-called ‘edgelands’ landscape, and so I’m going to start an ongoing series of occasional posts on the blog.

These paintings, above and below, are by well- known local West Midlands painter, Robert Perry, RBSA. He works entirely on location from his transit van which doubles as his studio, and as well as his scenes of his native Black Country, Rob regularly traveIs in it across Europe to paint and draw the battlefields of France and the mountains of Spain and Italy. I’ve been priviledged to have a look around this legendary van, and it is quite a spartan affair considering he travels for thousnads of miles sleeping as well as working in it. These panoramic views of Dudley and the Black Country seem a good place to start this occasional series….

Posted by shaun morris at 19:00 No comments: 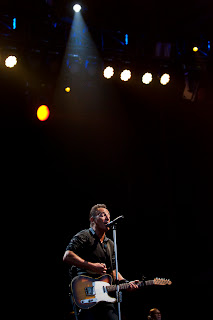 I had the time of my life seeing Bruce Springsteen and the E Street Band at Manchester’s Etihad Stadium on Friday. 27 storming songs in three and a half hours of pure, unadulterated rock n roll! I challenge anyone not to say he isn’t the greatest live act around. I think many of the unconverted think Bruce is going to be a quite earnest act, with his songs of broken dreams and promises populated by often lost and desperate characters, but they couldn’t be further from the truth. A concert by Bruce is such good fun! The way he swings his guitar around his neck like a teenage rocker, hangs upside down from his mike stand, climbs on Professor Roy Bittan’s piano to dance, and feigns exhaustion collapsed on the stage only to be revived by Little Steven’s magic sponge is all so hammy, yet just so great. So uncool it’s totally cool. And he’s 62! 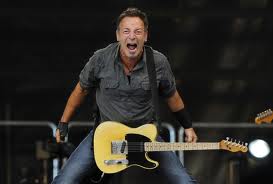 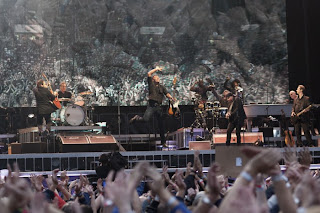 He also has the ability to make playing in enormous stadiums feel like he is playing in your front room just for you. How does he do that? It’s an art he has perfected for over 40 years, and he is often quoted as saying that when fans come up to him, many years later after witnessing the live spectacle that is Bruce, that it was the best night of their lives, how great that makes him feel because that’s want he wanted it to be. That may be the only concert you ever go to, or something you have spent all your wages on, it needs to count. I can’t think of any other rock star that has such respect for his fans, but also for his own craft and music. I think that’s why he is held in such high regard by those fans, including me. This is how I felt after only fairly recently being converted to him in 2004, by a friend who encouraged me to go see him on ‘The Rising’ tour. I had never seen an act like it, and felt like I never would again. I was basking in a Boss like glow for months, as I bought all the records one by one and followed the story of his development as an artist. I recommend you do the same! 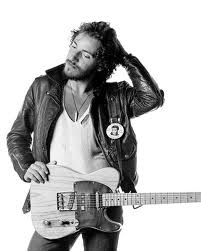 It would be good to write an extended piece about Bruce and his relationship to my painting (I kid you not!). My ‘Stolen Car’ drawings are titled after one of his bleaker songs, and his presence lurks behind many of my recent nocturnal motorway paintings…. 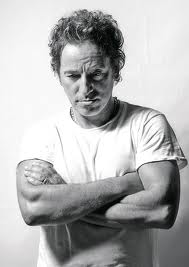 Here’s a link to a recent terrific and moving interview with him where he talks about his music, craft and current (brilliant) ‘Wrecking Ball’ album, his website, and another blog I found that discusses why Bruce’s music is so great better than I could hope to articulate….
http://www.amazon.co.uk/gp/feature.html?ie=UTF8&docId=1000652513

Posted by shaun morris at 13:13 No comments: 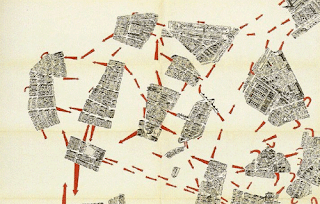 I’ve just finished reading ‘Psychogeography’ by Merlin Coverley, which is a short book that offers an explanation and definition of this widely used term, and an analysis of the key figures and their work. Generally regarded as a literary tradition, whose origins here are traced back to the visionary writing of William Blake and Thomas de Quincey in London to the rise of the flaneur on the streets of nineteenth century Paris to the avant-garde practices of the Surrealists and the post-war Situationist movement as headed by Guy Debord. Today the term and ideas associated with it seems more popular than ever with the work of writers and filmmakers such as Peter Ackroyd and Iain Sinclair, Stewart Home and Patrick Keiller. 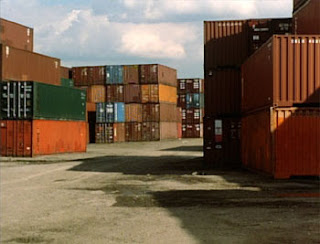 From activities such as urban wandering to the armchair traveller, from the derive to detournement, psychogeography aims to provide us with new ways of apprehending our environment and surroundings, and transform the familiar streets into something new and unexpected (yes, most of these words are lifted from the book jacket: I’m just trying to introduce it with some sort of comprehension!). 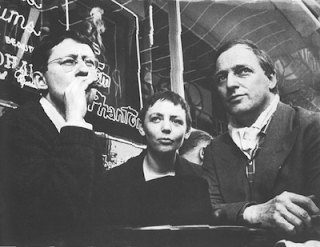 Guy Debord (left) and The Situationists

I thought I would enjoy exploring these ideas more than I actually did in the end, thinking it may offer me some frames of reference for my ‘edgelands’ work around the landscape. Plenty of the ideas discussed in the book are indeed latent in my work, and I feel my current motorway work has a more psychological edge, but on reading this book I realize it doesn’t come from being motivated in seeking these things out, more from the process of making things and letting things step out of the shadows to reveal themselves. My first motivation for making things still lies with an interest in the surface appearance and problems of depiction. These things are mysterious enough, and seem to get even more so when one spends a long time painting or drawing them. 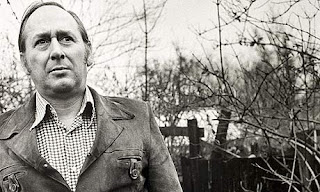 JG Ballard 'The Seer of Shepperton' 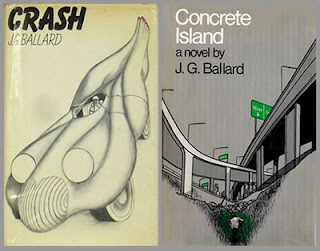 Still, there were more explicit parallels to be found with my interests that I did find in writers such as JG Ballard, who in the 1970’s in controversial and experimental books such as ‘The Atrocity Exhibition’, ‘Crash’,‘High Rise’, and ‘The Concrete Island’ explored the pleasures and nightmares to be found in the hinterlands outside of the city of Debord et al in the motorways and retail parks of our urban landscape. These are the edgelands that interest me so I’m certainly going to try and read these. Psychgeography today also seems to be alert to the increasing banalisation of our urban environment which is something I’m very interested in, and I think my current still lives are a slightly fumbled response to this now that I’ve decided to ‘own’ these pieces more firmly. 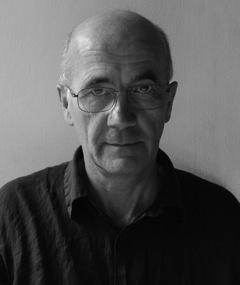 I’m also keen now  to try and seek out the films of Patrick Keiller. ‘London’ and ‘Robinson In Space’ are apparently an exploration of the wastelands created in UK by the Thatcherite policies of the eighties, which leads me back to those retail parks and the post-industrial Midlands landscape I feel buried inside. 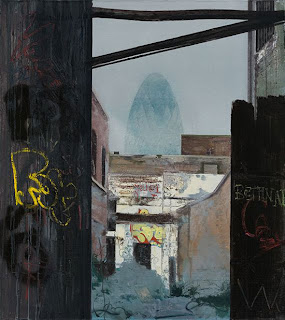 Although, pyschogeography is recognized primarily as a literary tradition, I think there are certainly many connections with it to be found in the visual arts, such as in the work of Jock MacFadyen (above), an artist I particularly admire and have often posted on the blog. I’ll try and post some more examples as they come to mind….