'...the tyres rushing by in the rain' 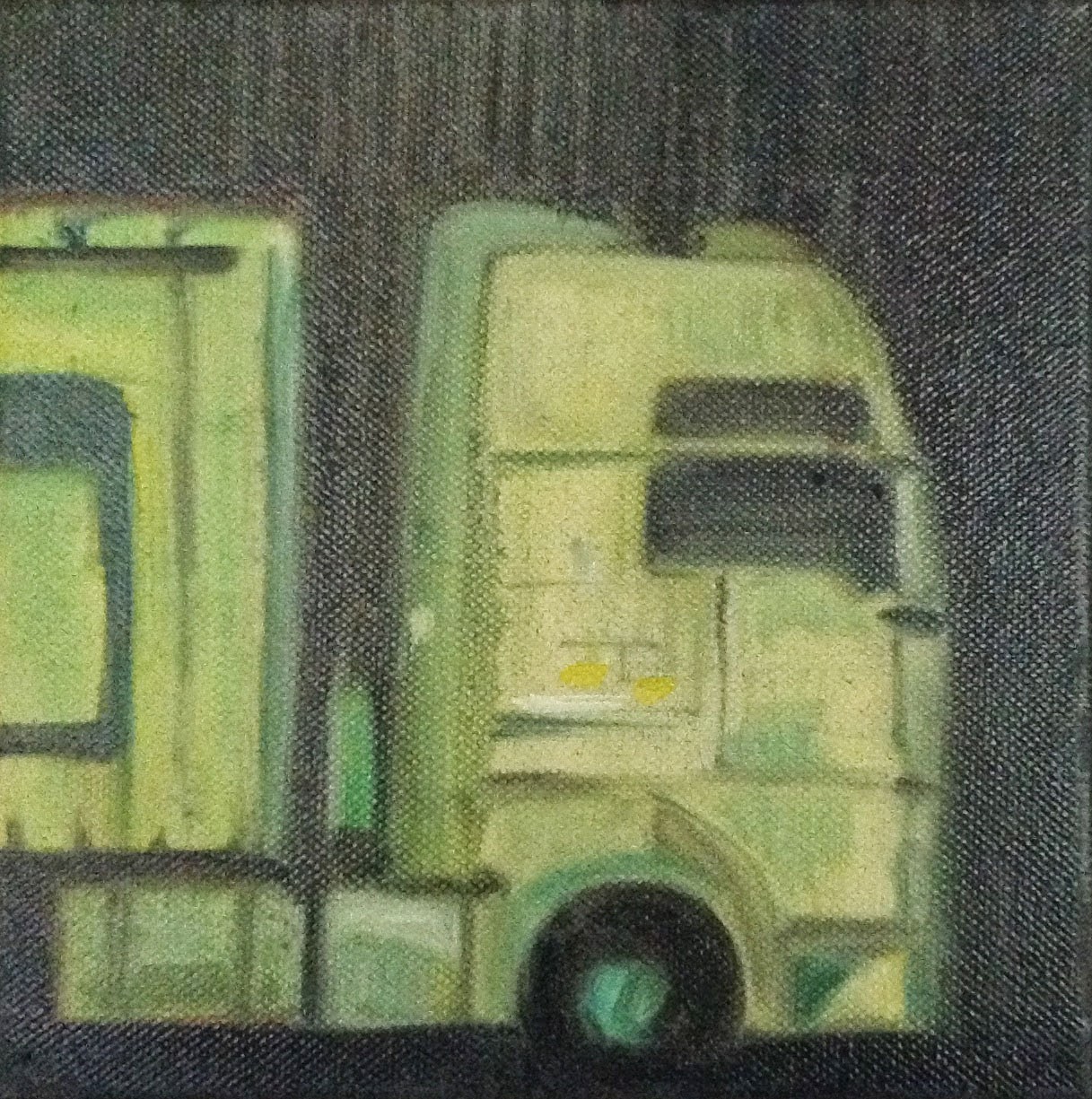 oil on canvas, 20 x 20cms, 2015
I made these three small paintings over a couple of evenings. I picked up the first small, square canvas after completing the paintings in the last post; keen to keep on working while I had paints out and my head in the right place.  Before I knew it I had completed the three canvasses. 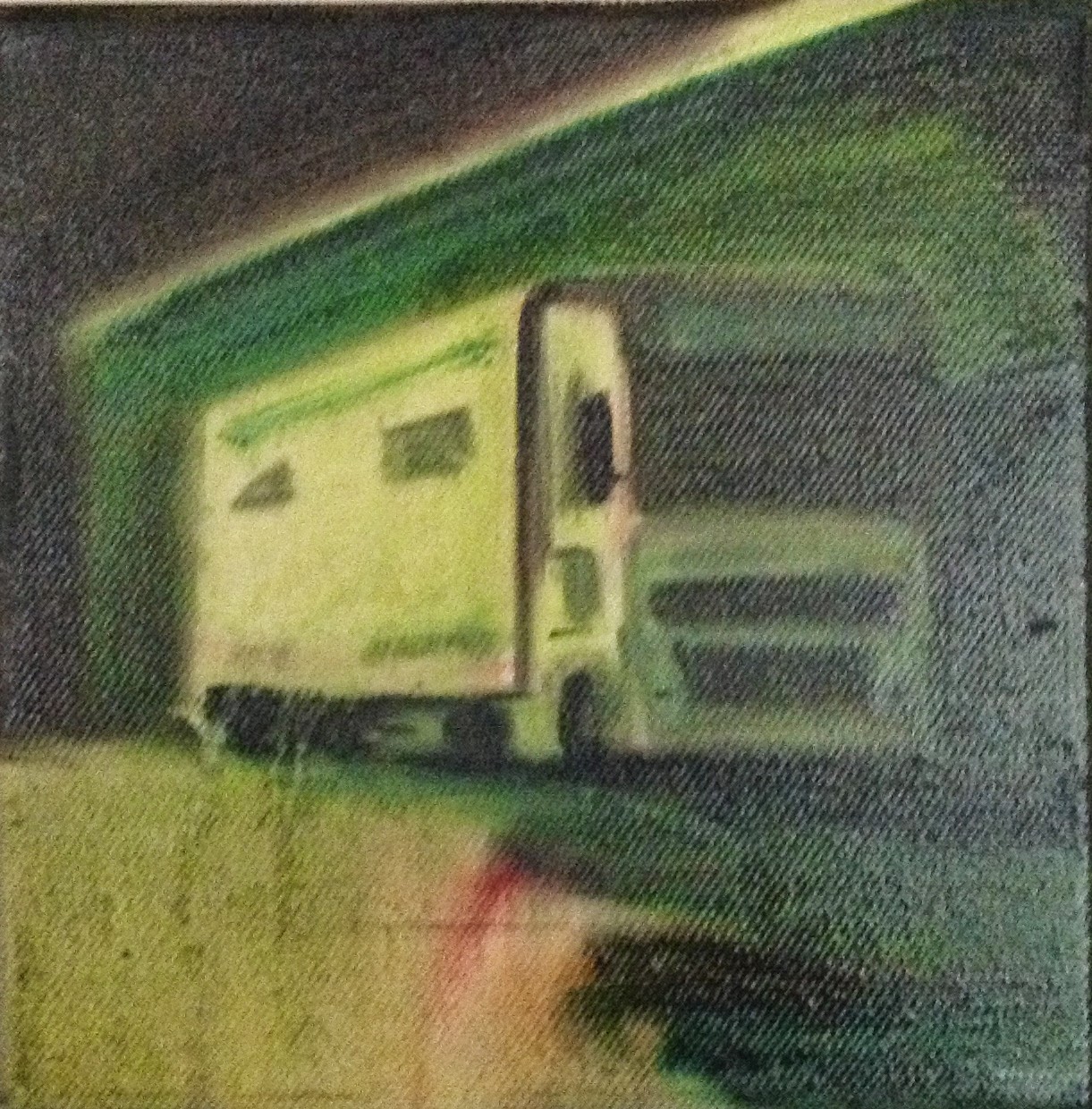 oil on canvas, 20 x 20cms, 2015
I heard today that I will now be having a solo show with Cupola Gallery in Sheffield between October-November later in the year. It will be at a large café venue in the centre of Sheffield that they develop and manage the exhibition program for. It will be a great opportunity, and they don’t mind what I show. It’s entirely up to me. I’m already thinking some of these lorry paintings should feature.
Posted by shaun morris at 19:53 No comments:

These photos show a series of studies I made last week to develop an idea I have for a larger painting. 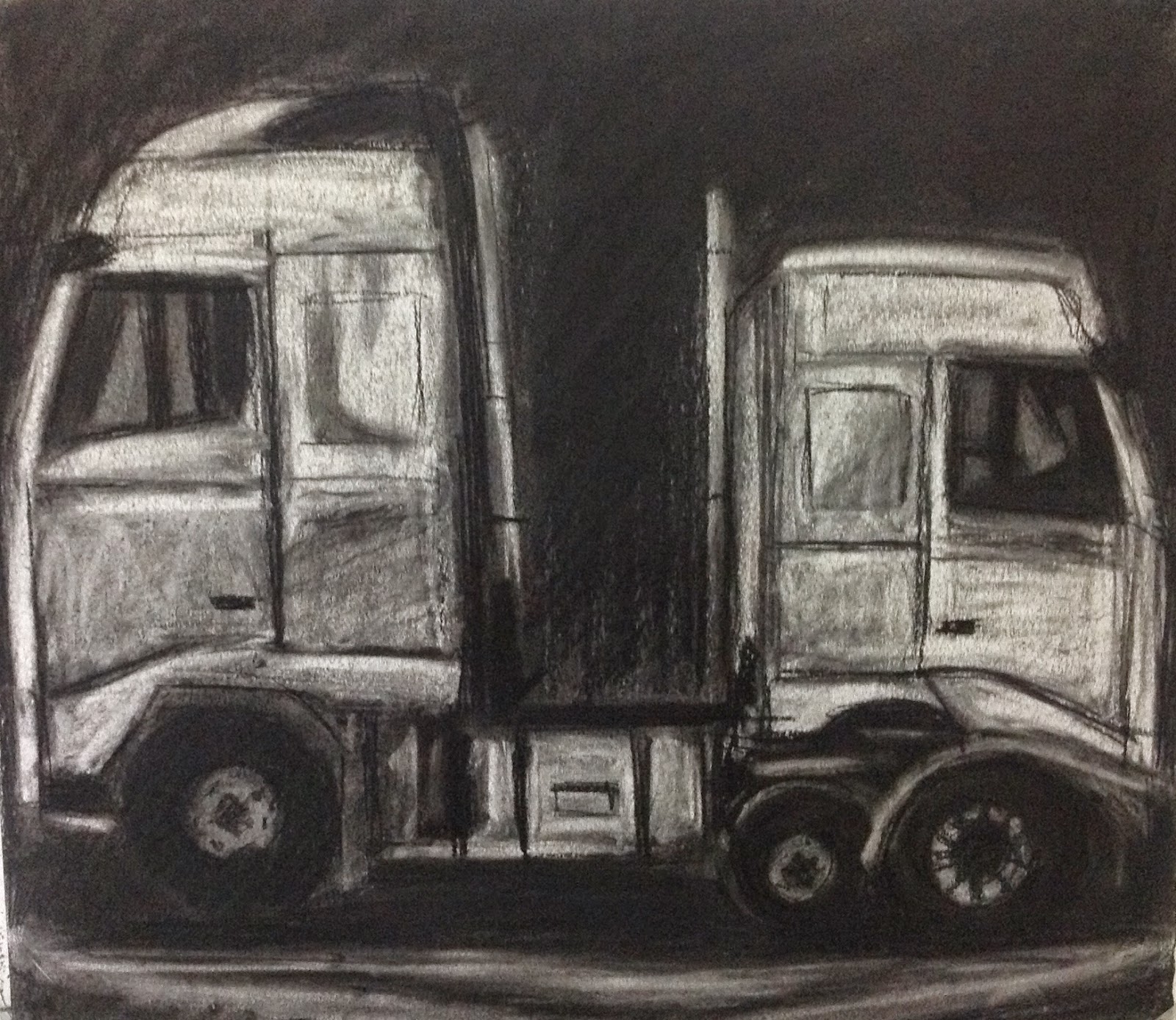 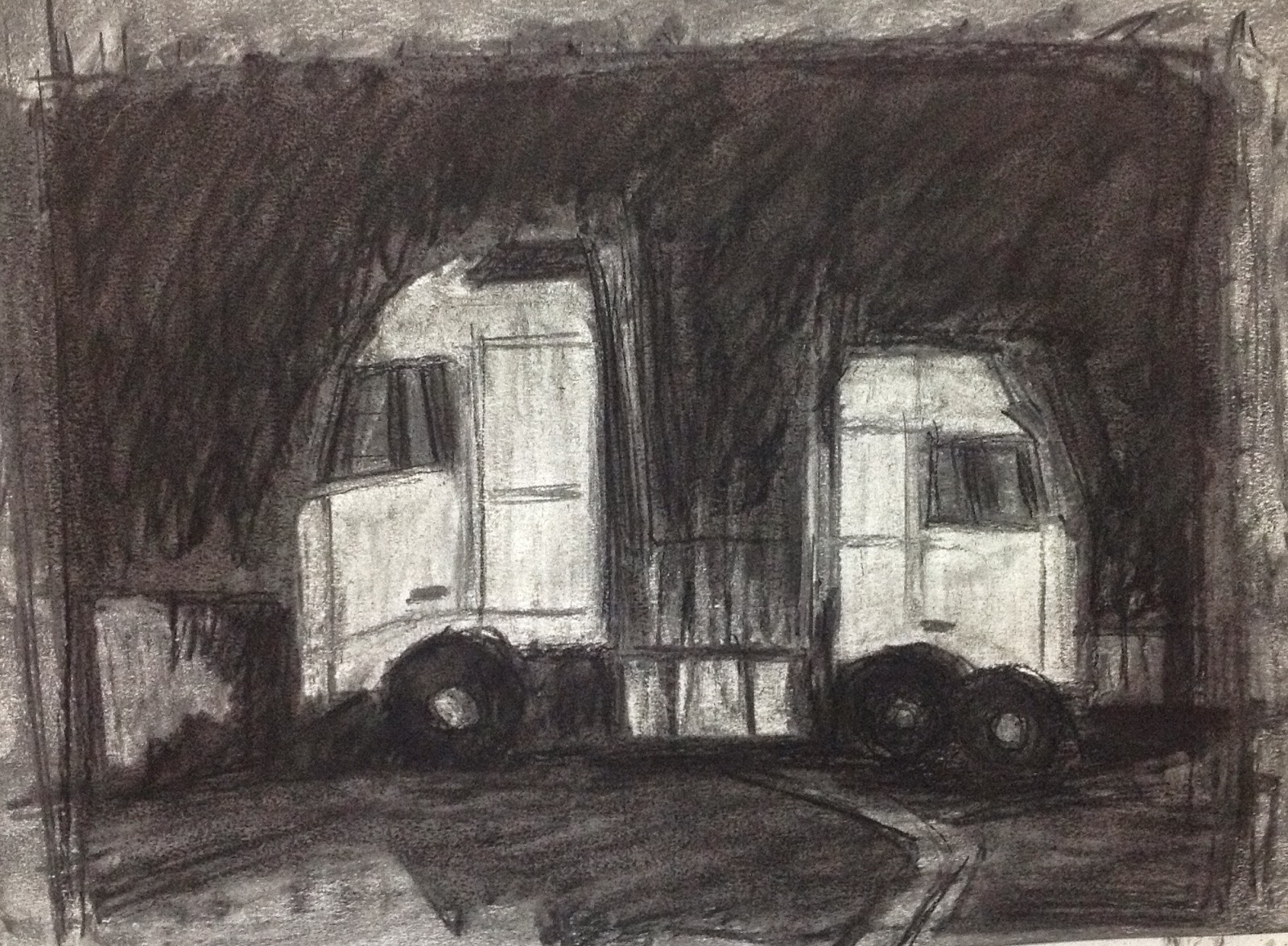 The differences in the charcoal drawings, apart from their relative sizes, may seem subtle but are significant and all relate to how the objects fit and relate to the edges of the frame of the picture to create the right sort of tension in the image that I’m seeking. One only has a vague idea of this, and that’s what the drawing helps to work out. I’m still not entirely sure. 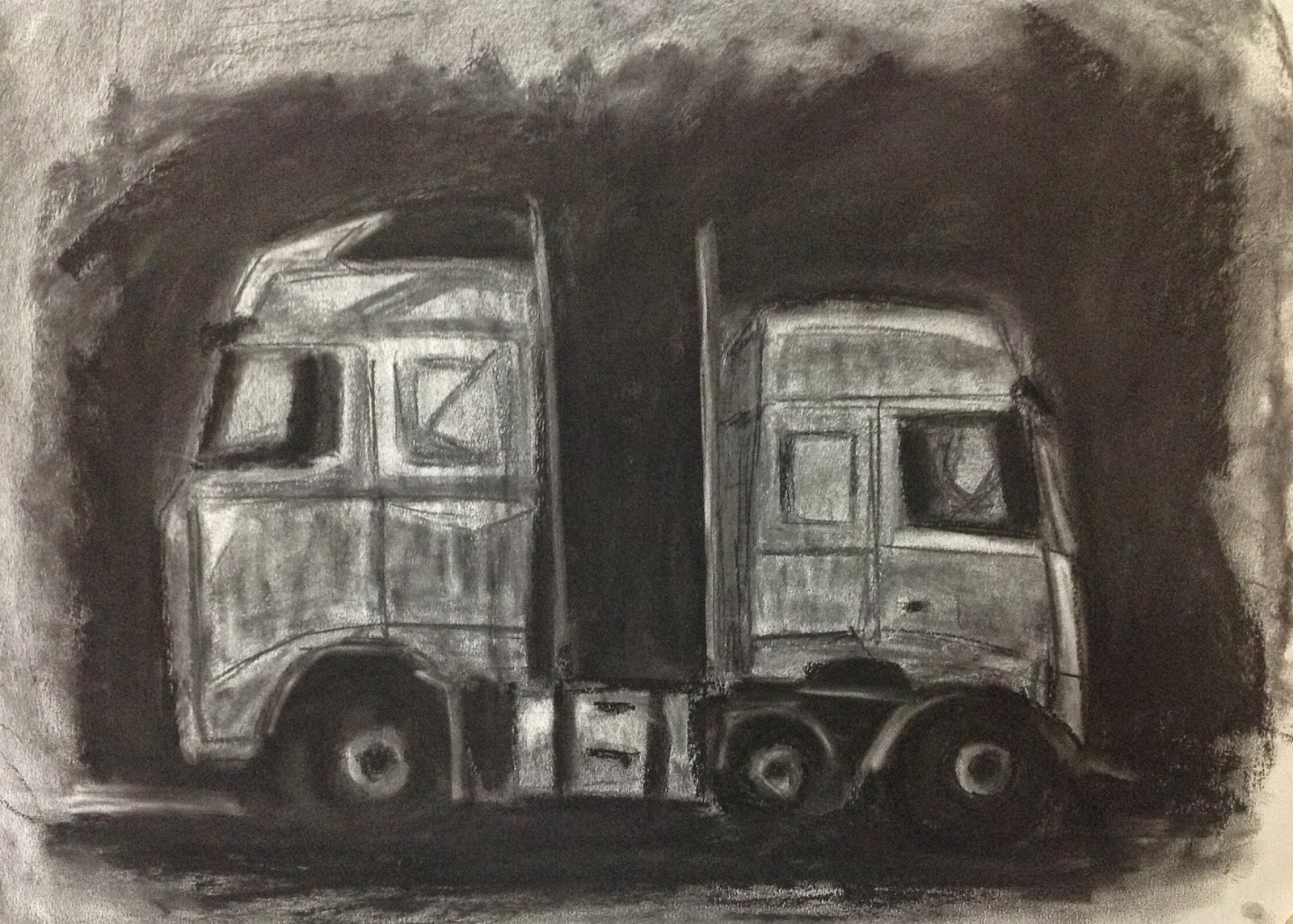 The smaller paintings that followed seemed to bring it all much more alive than the drawings, which I found myself having to unhappily muscle through. 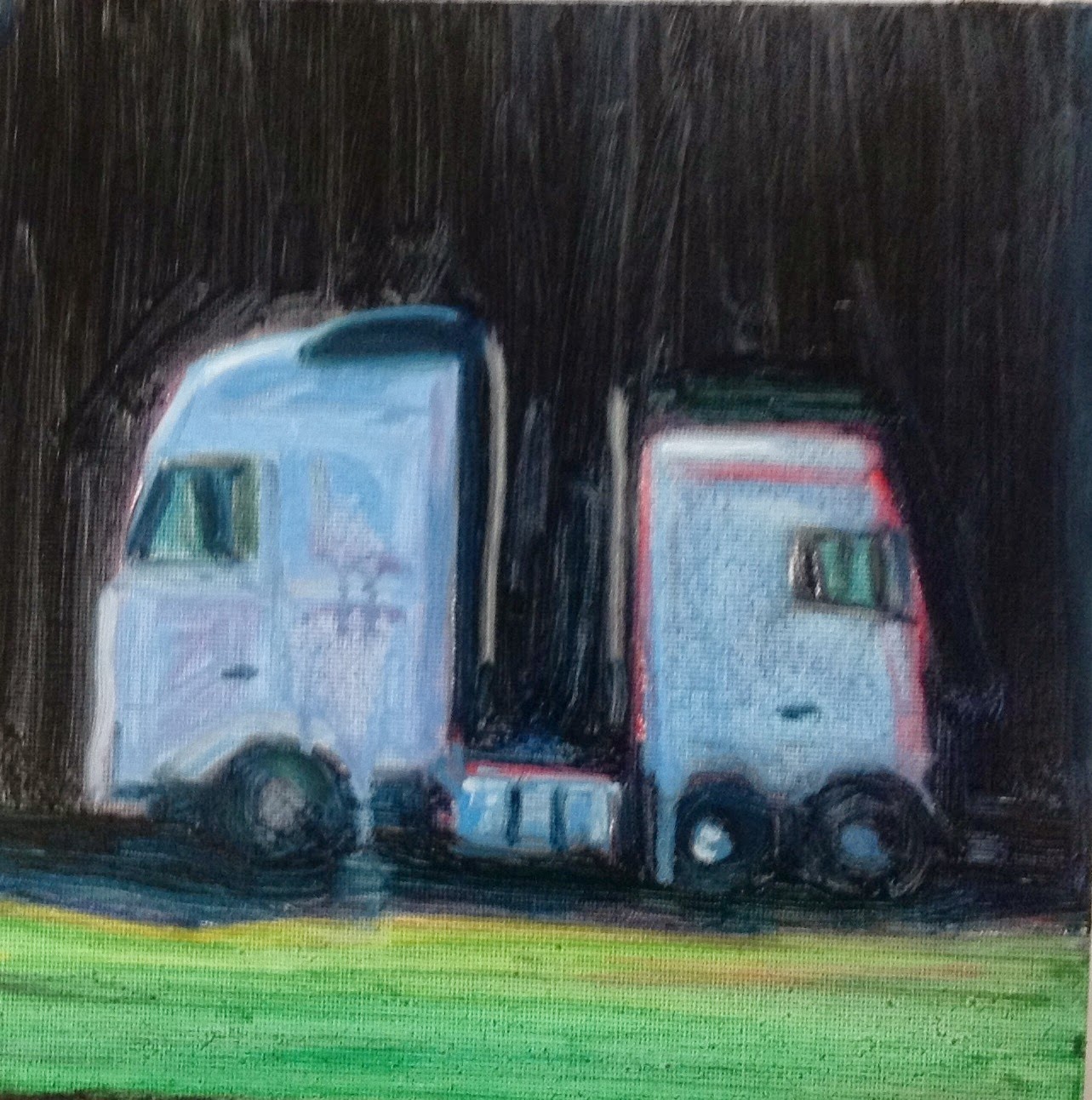 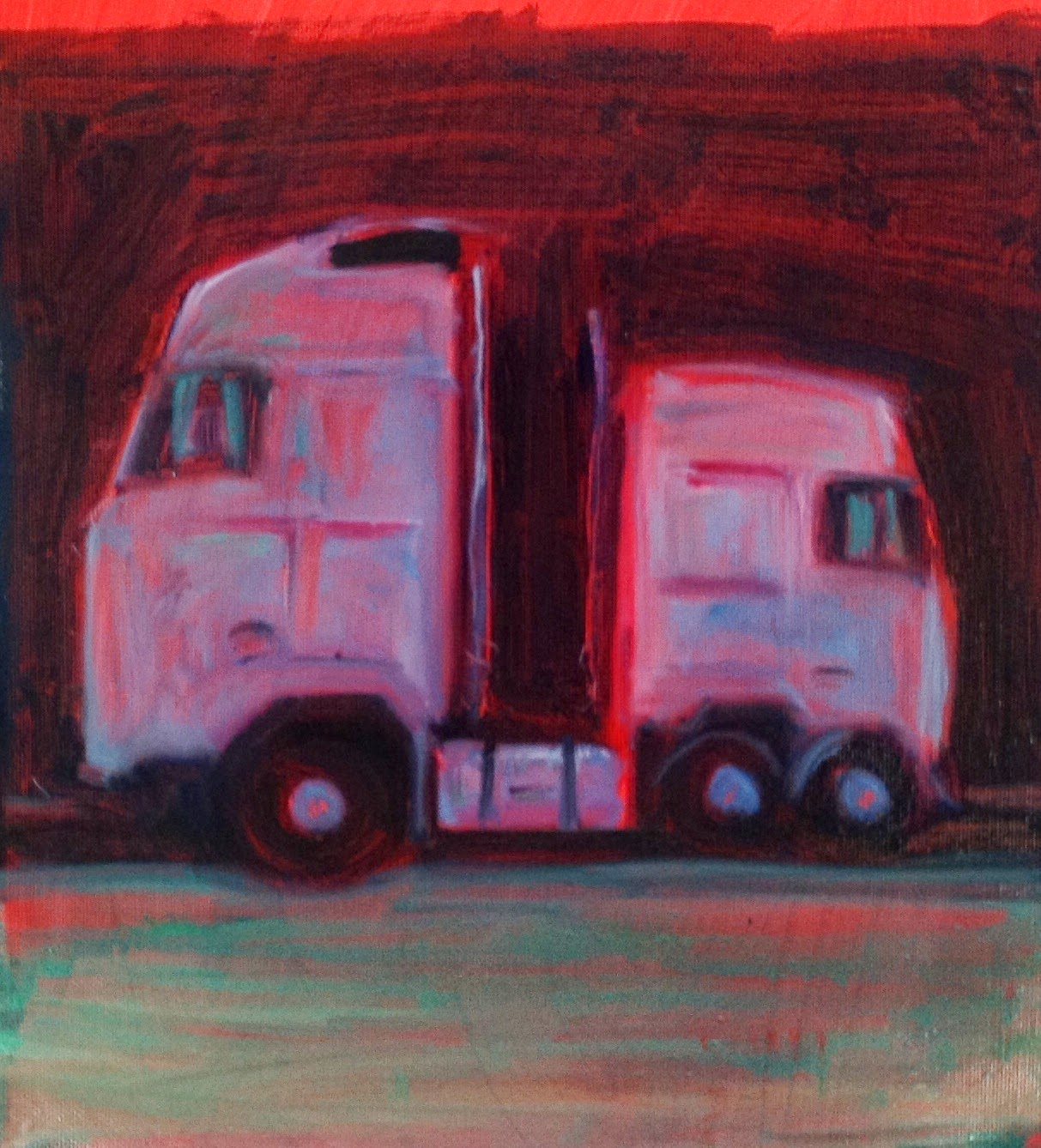 The paintings were a further development. One painted on white, the other on a red ground. They both offer different possibilities. I’m still confused, but that’s ok. I enjoy being confused when it feels like you are in a creative place.