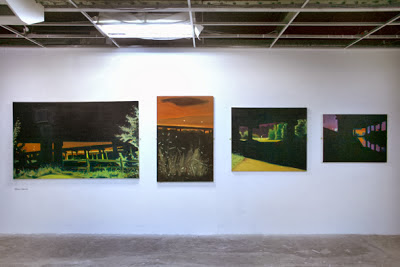 I had an unexpected window of opportunity to go out painting yesterday morning. So, I took my pachode painting box down to the site under the M5 just outside Smethwick where I have based my recent paintings. These paintings have been largely developed from photographs taken there at night with my photographer friend, Laura Gale, but I have been keen for some time to return in the day and try and make some ‘plein air’ paintings on the spot, possibly for inclusion in my forthcoming show at Nuneaton Museum and Art Gallery. I recently bought some nice wooden painting panels for this purpose.

Dropping off the main road and down onto the canal, it was interesting seeing the view again with fresh eyes as I emerged from a low, dank tunnel. I have been working for several months now on these recent paintings, and have felt very immersed in the location. So it was strange, yet pleasingly familiar, to see the large green factory staring unblinkingly at me as it has in two recent paintings, and begin to make out the shapes and forms that have appeared as mere silhouettes. 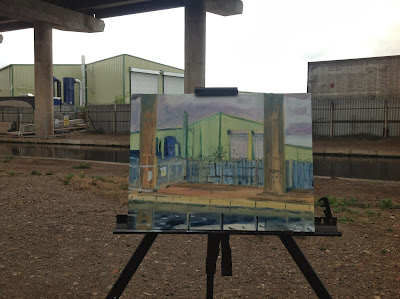 I worked for nearly two hours on this small painting, which I’m not sure I actually like, but it hopefully may get the ball rolling to do some more. Eventually, the cold started to bite, and I could barely move my hands. Funnily enough, this is actually when the painting started to get interesting. When my wife picked me up in the car, I couldn’t talk through my frozen lips. She didn’t seem to mind though… 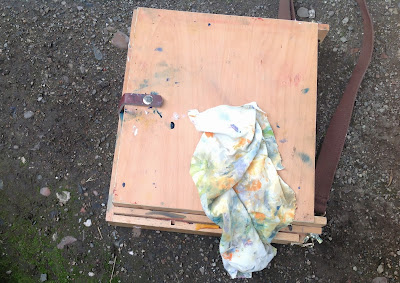 Posted by shaun morris at 20:08 No comments: