Edward Hopper, 'Dawn in Pennsylvania', oil on canvas, 1942
I managed to visit Oxfords Ashmolean Museum’s ‘Cool Modernism’ exhibition just in the nick of time on Saturday as it was due to close on the Sunday after a long run, but one I had failed to get to thus far. To quote from the museum: ‘This was the first exhibition to explore the 'cool' in American art in the early 20th century, from early experiments in abstraction by artists like Georgia O’Keeffe, Arthur Dove and Paul Strand to the strict, clean precisionist paintings of Charles Sheeler and Charles Demuth. In the Jazz Age of the ‘roaring’ 20s, and the ensuing Great Depression of the 30s, many American artists expressed their uncertainty about the rapid modernisation and urbanisation of their country by producing work that had a cool, controlled detachment and a smooth, precise finish’. 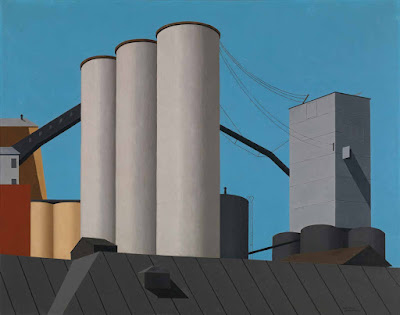 a painting by Ralston Crawford 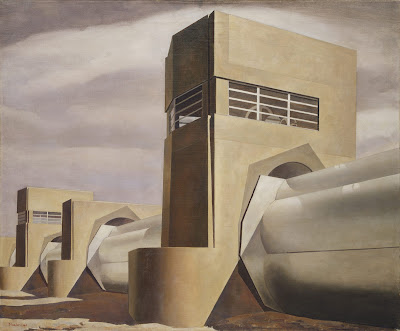 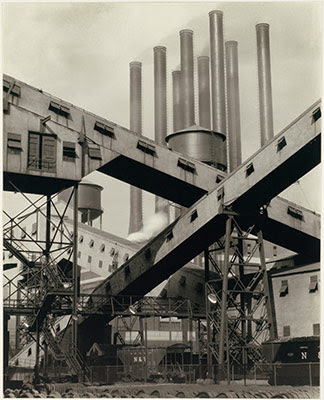 A more atmospheric quality was to be found in the paintings of George Ault, which I enjoyed a great deal, and were new to me. 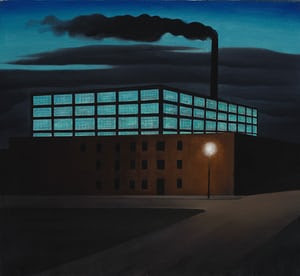 
However, more than the paintings the highlight of the exhibition for me was the collection of etchings, lithographs, drypoints and woodcuts on display, which in their compact, intimate scale, pure black and white, and dynamic depictions of the jagged, angular and architecture and geometry of the city of New York and the Jersey industry seemed to stand head and shoulders above the experiments in painting on display. I have often found that American painting pre-1940’s, when Abstract Expressionism burst on to the scene and changed everything, really seems to lag, in both skill and vision, behind its European counterparts. This is not just in the age of European Modernism, but also much earlier in the 18th and 19th centuries too. Of course, that all changed with Abstract Expressionism, when American art did find its own authentic voice and confidence, and never looked back. 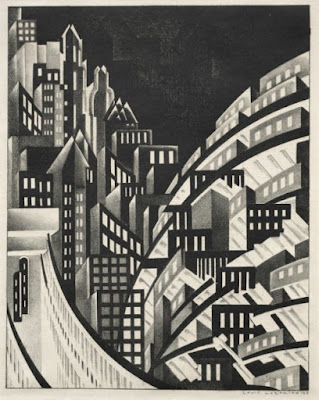 Louis Lozowick, 'New York City', 1925, lithograph
One exception to be found in this exhibition however, was in the Edward Hopper paintings and drypoints on display, which were just exceptional. (See image at top of post) Looser handling, psychologically charged compositions, atmospheric colour and lighting, these haunting paintings really stood out from everything else on display, and marked Hopper out as the singular, more visionary artist that he was compared to the other artists and their more formal experiments. 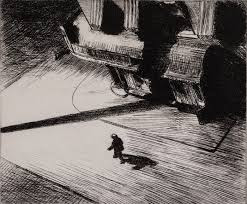 Edward Hopper, drypoint
I took a lot from the exhibition in terms of thinking about my own formal experiments in paintings. Indeed, I could have imagined some of my own, early motorway paintings fitting right in to some extent, but was left thinking more deeply about Hopper, and also how to push on some of own work in printmaking, which I'm currently quietly working on in a few different plates when I snatch time...

Posted by shaun morris at 21:15 No comments: