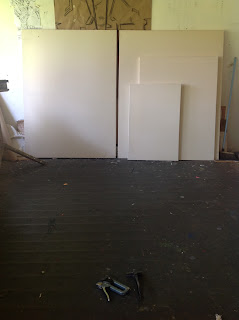 I spent the day making, stretching and priming 4 pretty large canvasses the other day in the studio. I always make my own canvasses, apart from the smaller ones I’ve recently used for my still lives. It’s often because they are made to fit specific compositions or arrangements that I have carefully planned, and also so I can have a bit more quality control over them, as I find the ready made canvasses I can afford on my budget not that good quality. I buy the stretcher bars, and have a large roll of canvas that I buy, which works out well economically, and then put them together. I’d like to say it is a satisfying and rewarding job, but I find it pretty tedious, especially when you have such limited time. Oh, I look forward to the day when my young son is old enough to stretch them for his old man to earn his pocket money. Yeah, right…

Still, they are done and are waiting to work on now. I try and think carefully about how to best use my time, and I prepared these with the view that I have four paintings planned that I would like to do in fairly quick succession over the next few weeks before going to Scandinavia on the 18th August. I’ve just got to find time to do them now….
Posted by shaun morris at 22:34 No comments: 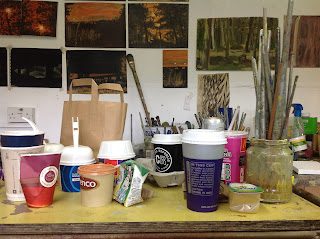 In the studio it was time to tidy all this stuff away today. A good clear out is always good for the mind and soul.
Posted by shaun morris at 18:54 No comments: 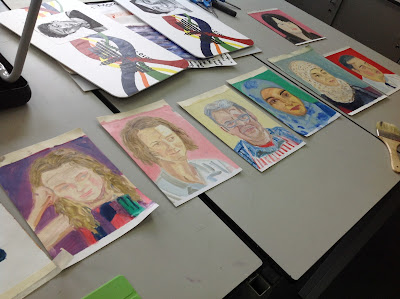 Saturday was the day of the Arts Festival at the college, and I set myself up (in more ways than one) in the quad with my easel and materials to paint people’s portraits as I had last year.

It unsurprisingly proved very popular again, but I found it much harder going than last year for some reason. I’ve just done all these small, observed still lives, which were a similar scale, and I think this influenced my approach. Last year I worked much more quickly, but this time I got bogged down as I found myself pushing and pushing the paintings as I struggled with trying to get a likeness in the wind and rain and feeling under such close scrutiny as people stood inches behind me communicating to the sitter whether the picture was any good or not. I don’t normally mind, I just think I’m demonstrating the craft skills in my work, and I couldn’t set up like this if I did, but this year was mentally very exhausting. All sounds fun, doesn’t it? It wasn’t and I’m not in a hurry to do it again. 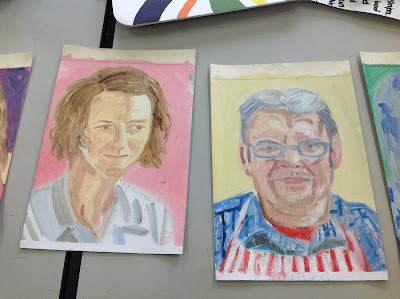 I made eight paintings in all, with some of them looking good on this scale.  What has come out of the experience that is more positive, is the planting of the seed of an idea that it may be interesting to attempt to make some more portraits directly like this like I have with the still lives. I normally make them from drawings so I can scale them up to any size I like and get sharper detail to work from. We’ll see…I think the visit to Scandinavia might be a good opportunity to do some new portrait work for the first time in about three years.

Finally, on a more positive note I sold three of the still life paintings. Hurrah!
Posted by shaun morris at 19:57 No comments: 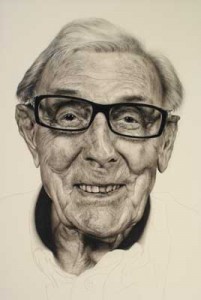 Eric Sykes,
Andrew Tift, charcoal on paper, A1, 2012
I was saddened to hear of the death of Eric Sykes last week at the age of 89 last week. I really like a lot of that post war comedy from the 1950’s and 60’s which Sykes was right at the heart of as a writer, producer and performer. His death also reminded me of a great photorealist portrait drawing by Andrew Tift which I recently saw posted on his blog. I thought it would be good to share it alongside a couple of other images of comedians and clowns, which have long fascinated some of my favourite painters. 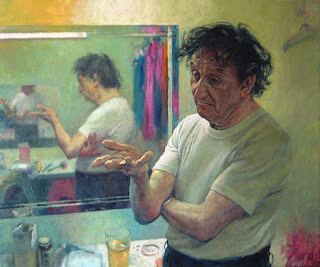 Ken Dodd OBE,
David Cobley, oil on linen, 95 x 107cms, 2000
This portrait of Ken Dodd by David Cobley is a really powerful painting. It really seems to capture that idea of the slightly sad and tragic figure behind the laughter. 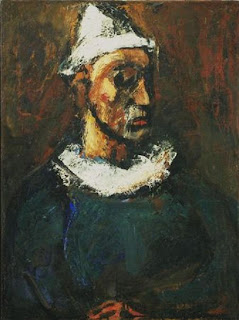 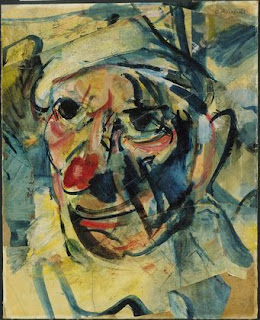 Georges Roualt,
'Clown' above and below, 1912
Antoine Watteau’s ‘Pierrot’ is one of my desert-island paintings, and most loved portraits. I remember walking for what seemed like miles around the Louvre in Paris trying to find it, before stumbling upon it in the deeper recesses of the palace. It was certainly worth the effort though. Sometimes this sort of effort makes finally seeing the thing even more memorable and worthwhile… 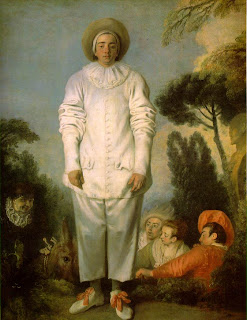