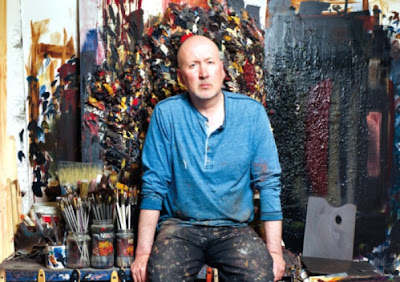 This was an interesting article from The Scotsman ahead of Ken Currie’s forthcoming exhibition at the Scottish National Portrait Gallery in Edinburgh, which I’m hoping to visit at some point:

‘THE oil painting, once the pinnacle of artistic expression, has fallen off its easel.

Ken Currie, one of Scotland’s most critically acclaimed ­artists, believes art students today are no longer prepared to dedicate years to mastering the canvas and instead view the video installation and conceptual work popularised by the Turner Prize as shortcuts to success and fame.

On the eve of his first exhibition in Scotland for more than a decade, Currie, who was part of the 1980s art movement known as “The New Glasgow Boys”, said the personality of artists has become more important than the work they produce and that art schools are increasingly hostile to ­traditional painting.
He said of painting: “It is a very difficult way of making art and I think people are neglecting it because it is too much like hard work.

“The art school is kindergarten, then it takes eight to ten years to gain your voice visually, so from 20 to 40 years old, you are trying to develop your work and I think that, for a lot of people now, is just too slow.
“They want an instant result, they want instant success and fame and a lot of them are not prepared to go through that hard graft.”

Despite the fact that he ­believes painting remains in “rude health”, students keen to paint are being ill-served by art schools.

“The younger generation want to learn how to paint, but this is not being delivered at arts schools in Scotland and all over the world,” he said. “Most of the tutors in art schools, with a few notable exceptions, are themselves deeply hostile to painting. They themselves are not painters.” 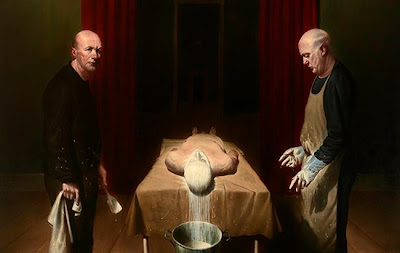 Ken Currie, 'Nightwork', oil on canvas, 210 x 270cms, 2013
The artist also believes the quality of education at the Glasgow School of Art is suffering as a consequence of the city’s success in playing host to so many winners of the Turner Prize for Modern Art. Since 2005, 29 per cent of all Turner Prize nominees and three winners – Simon Starling (2005), Richard Wright (2009) and Martin Boyce (2011) – have all been graduates of the GSA.

Currie said: “The problem with Glasgow School of Art is that it is a victim of its own success. What has happened is that since the 1980s and the emergence of these artists and the Turner Prize generation, is that lots of people want to go to Glasgow School of Art, not just in the UK but around the world. Of course, in these times, that is such a temptation for the Art School and they are packing them in like sardines.

“A lot of them are paying top dollar and I think what is happening is that there is not enough staff to cope with the number of students.

“I find it significant that two years ago Glasgow School of Art came third bottom for higher education institutions in terms of student satisfaction. A lot of students go there with high hopes, given the high reputation of the school, and come out feeling just completely disillusioned.

“They should get more staff in, or accept fewer students and stop being greedy for money. It is as simple as that. It is also part of what has happened over the past 30 years which is this dreadful academicisation of art. You get artists who are called things like ‘Professors’, or a paper, or video artist goes in and they are called ‘research fellows’.

“It completely academicises it. It professionalises it. When I was there 30 years ago, it was absolutely not the case. A few of the tutors may have been old buffers, but they painted and they were not bothered about what they were called.”

No-one from the Glasgow School of Art was available to comment.

After graduating in 1983, Currie contributed in 1985 to the New Image Glasgow exhibition along with Peter Howson, the late Steven Campbell and Adrian Wiszniewski, the artists who collectively became known as the “New Glasgow Boys”.

His new exhibition, Meditations on Portraiture, will be unveiled this week at the Scottish National Portrait Gallery in Edinburgh and features ten new paintings, including Night Work, in which two men are in the process of making a death mask, a macabre object which runs as a motif through the new collection.

During the 1980s, Currie’s art celebrated a romanticised red Clydeside of heroic shipyard workers and firebrand shop stewards and was a political response to the policies of Margaret Thatcher, who he believed was destroying the culture of labour. The artist’s focus may have moved on from Scotland’s labour history to deeper, more universal questions of mortality and the human condition, but he still felt the demise of his bête noire should be marked.

“I was fascinated by the whole funeral, the kind of ­ritual and how the power ­behind this society shows its hand and how reverential they are to their own.

“I did download Ding Dong (The Witch is Dead). I felt I had to make a con­tribution.” 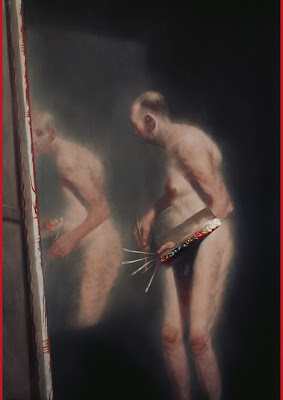 Ken Currie, 'Unfamiliar Reflection' oil on canvas, 210 x 150cms, 2009
Currie makes many salient points about painting and art education. I’m heavily involved in both, and although I do not lecture in Higher Education, I am very aware of current trends in universities from the annual visits to the degree shows I make with students, and the help I give them in preparing to apply and then be interviewed for various art and design degrees. I agree with him that painting takes many years to become any good at. Another favourite painter, Alex Katz has often said that it takes the years you study and then about another seven years painting every day to become pretty good, and I agree with that.  That’s what I did. I would just add that it is more like seven years plus the rest of your life!

I also agree with Currie’s assertion about how dreadful the academicisation of art has become and the need for all staff to be studying PHD’s or to be known as ‘Professors’, or ‘research fellows’. I’m never convinced about what much of it adds up to and how meaningful much of this research is, but more importantly I feel it goes against the grain of what it is to try and be an artist. It seems that artists feel the need to be seen as being on an equal footing with more academic research. It is a different model for looking at the world and this is what makes it unique and worth celebrating. So much of the research I have read on sites such as academia.eu is pretty banal stuff. You feel like shouting, ‘Go away and just make something for goodness sake!’ However, I will always defend the idea of education for education’s sake, and will never buy into the Thatcherite idea of it being a ‘luxury’, or for Blairites ‘good for the economy’. I never want to question it’s value on those terms.

Despite all this talk lamenting the state of painting I was really impressed by the painting on show, which included my own (although I’m not necessarily impressed with that, I hasten to add) at the Worcester Open when I attended the Private View last Friday night. It certainly seemed to be a discipline in rude health in the region, and seemed to hold it’s own in the exhibition amongst a broad range of work in photography, sculpture, print and video. There were lots of exciting examples of committed painters in control of their craft, but also with some very clever, sly, witty, and serious ideas. Here are a few examples: 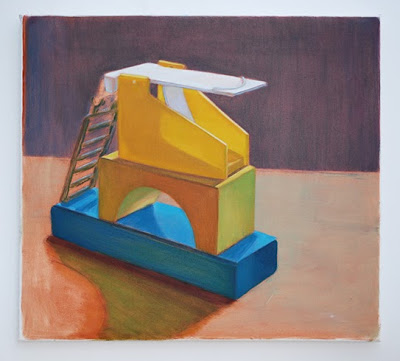 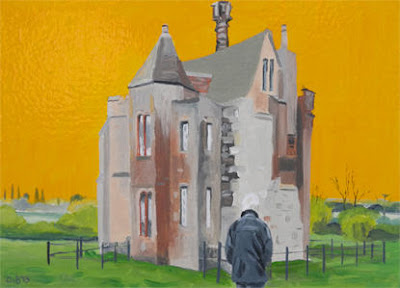 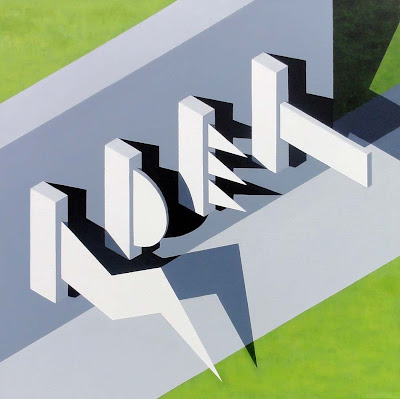 Posted by shaun morris at 18:58 No comments: 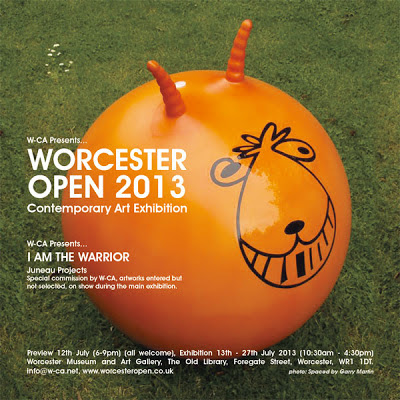