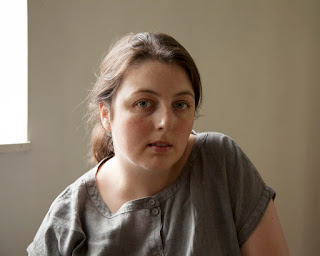 Painter Josephine Halvorson
I felt I should follow on from my last blog post with a bit about the American painter, Josephine Halvorson, who is another interesting artist doing something new and different with the ‘en plein air’ tradition. Again, working directly on location from the motif, Halvorson makes large oil paintings from unusual fragments and close-ups of different objects and surfaces in the landscape. They are close-ups of neglected places often with an industrial history which she is trying to convey a sense of in the work, as well as the formal considerations at play with the use of materials and composition. 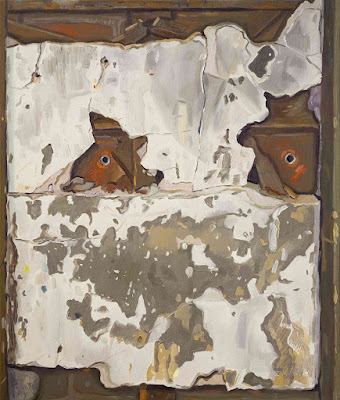 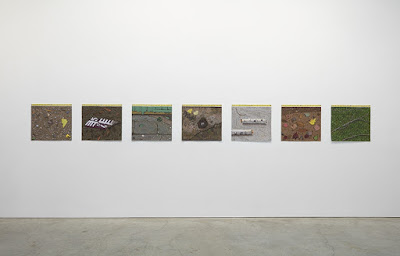 Josephine Halvorson, 'As I Went Walking', installation at Sikkema Jenkins and Co Gallery, New York,
I really like her website here: http://josephinehalvorson.com

I like all the images on the website of her paintings installed in various gallery installations. With many of the paintings the same size I really like the repetition of this and the abstract formal qualities of the paintings from a distance. Up close the paintings are quite peculiar. They are very painterly on one hand, wet paint energetically worked into wet paint, but they also possess a strong graphic, drawn quality. I’ve selected a few for this post, but I could have chosen so many others. I didn’t know where to start. They have a great energy. I really like them. 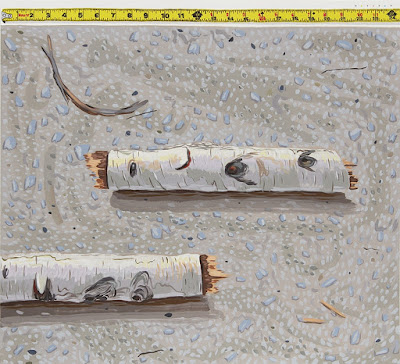 There's loads to explore and read on Josephine's website and here's some links to some other things  too, including an interview in the excellent Brooklyn Rail and the really good series 'Beer with a Painter':
https://brooklynrail.org/2017/12/artseen/Josephine-Halvorson-As-I-Went-Walking
https://hyperallergic.com/122527/beer-with-a-painter-josephine-halvorson/
https://www.youtube.com/watch?v=pCNXytNiU9w

Posted by shaun morris at 22:26 No comments: 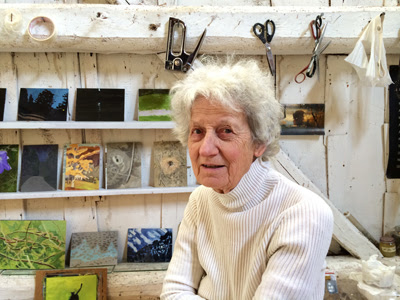 Painter Lois Dodd in her studio in Cushing, Maine
I’ve recently completed reading a new monograph on Lois Dodd, a favourite painter. I was very inspired by the work, and also Dodd’s persistent commitment to creating most of her paintings ‘en plein air’, that is outside on location, working from direct observation. 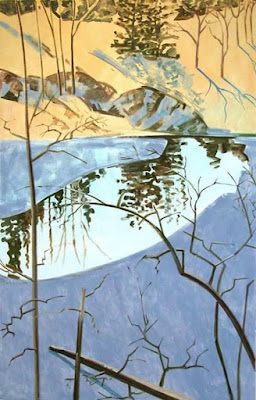 Lois Dodd, 'Blair Pond With Ice', oil on canvas, 2002-3, 121 x 81.2cms
Before making a more serious commitment to depicting the landscape with the paintings I have been making for the last few years, I have dabbled with ‘en plein air’ painting myself to create studies on location. It’s an approach I enjoy, as it requires a really different way of thinking to work direct in front of the subject and outdoors in often ever changing elements, and have admired in the work of such painters as Dodd, Fairfield Porter, Alex Katz, Andrew Wyeth and more recently David Hockney’s ambitious Yorkshire Landscapes project. When I travelled to Scandinavia in 2012 the work I created whilst there was made entirely ‘en plein air’.

Here's a nice link to a film of Dodd in her studio: http://www.powersofobservation.com/2012/01/another-lois-dodd-video.html 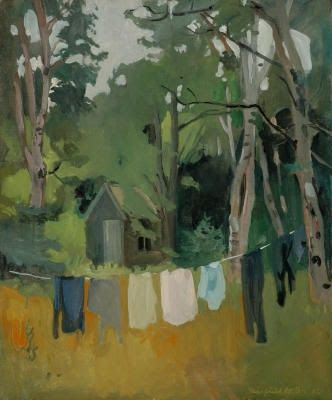 A painting by Fairfield Porter, oil on canvas, 1950s (title and dimensions unknown)
These painters I’ve mentioned above manage to do something much more modern with this way of painting than much of the painting that you see associated with working this way, however. To my mind an awful lot of ‘plein air’ painting is often characterised by a loose, brushy type of Impressionist/Post-Impressionist -like painting (who were of course the first pioneers of ‘en plein air’
oil painting with the advent of the availability of oil paint in tubes in a sense of making actual finished paintings rather than just studies outdoors) that I am wary of. Dodd, Porter and Katz’s work however, forged in a climate of a New York art scene dominated by Abstract Expressionism in the 1940’s and 50’s, is characterised more by an economy of means, where the subject is boiled down to its essence, using key lessons learned from the language of abstraction, but retaining a convincing sense of keen observation through the deployment of light and colour relationships. These are not easy things to do. 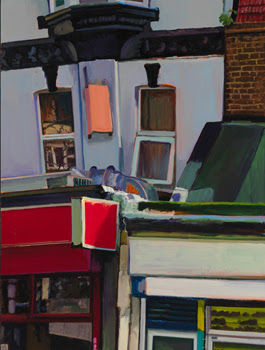 Painting by Simon Ling (details unknown)
It was nice then the other week to also stumble across the work of London based painter Simon Ling, who also works ‘en plein air’ to create his striking and unusual paintings based on the urban landscape around his studio. With an easel carried around in a makeshift contraption attached to his bike, Ling makes fairly large paintings on the street. I’m really curious to know more about how he manages to do this, and like very much the wobbly paintings of shopfronts, doors, and windows, as if the easel is sliding across the street as he works. 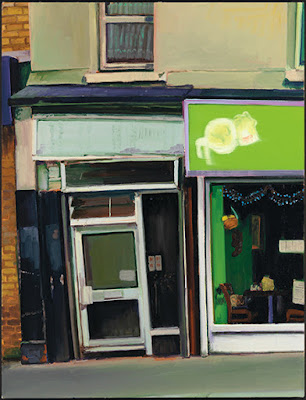 Painting by Simon Ling (details unknown)
I more like however, his paintings of scrubby patches of nondescript corners of the urban landscape. They are very ‘edgelands’ like. Ling also makes strange, intense still life paintings from unusual and elaborate set-ups in his studio. Ling describes well that…

“Painting is really good at getting you close to certain kinds of things. Subtle is radical,” says Ling. “You make a mark with paint, it holds that thing, for as long as anybody’s going to look at it. That movement [of looking] is now held in a material. You combine all those energies and you make this thing which is a living record.”

You can see much more of his work here: http://www.greengrassi.com/Artists?aid=15 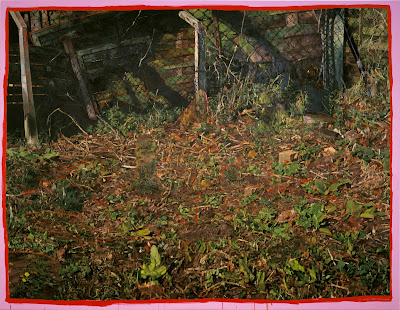 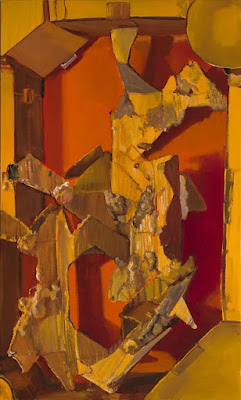 Simon Ling, Untitled, 2012, oil on canvas, 152 x 91.5cms
My own landscape paintings now are not made ‘en plein air’ anymore. They are reliant largely on photographs I take for ideas and reference, and observational drawings I continually work on in sketchbooks. I would like to get back to attempting some more painting made on location though, inspired once more by some of these examples of how to do this and create something contemporary. I’m going to try and work on some strategies to make this happen in the coming months.

Postscript: I've just remembered another exciting contemporary plein air painter, Josephine Halvorson! I really like her paintings too. Here's a couple of links: http://www.josephinehalvorson.com
https://www.youtube.com/watch?v=nPDwloE_EMk
Posted by shaun morris at 22:12 No comments: