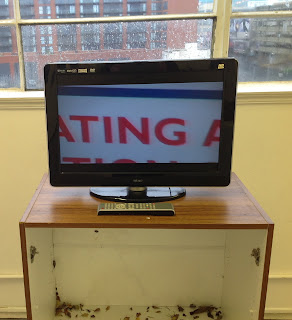 It’s December already. What happened there? The exhibition came down just over a week ago now. I was hoping to post something more about it but unfortunately I just haven’t had the time. It was a good experience and I was glad to be a part of it, and alongside some really talented artists. As many of these artists are friends, it seems wrong to critique any of their work in this context, but there was a great deal of things I really enjoyed exploring in greater depth during the days I invigilated the show. 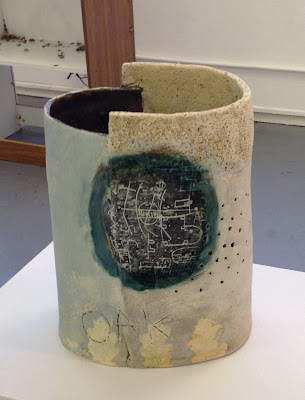 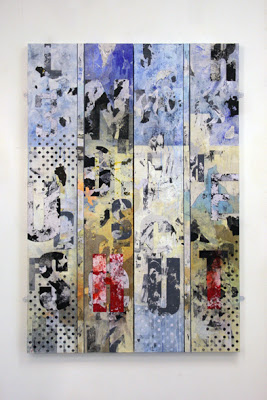 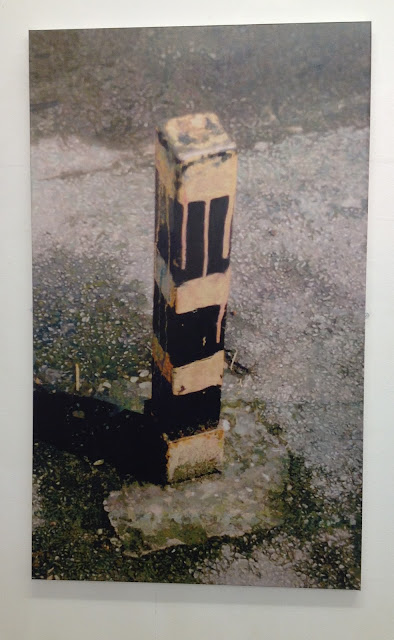 Andrew Smith, 'Tower', acrylic paint on photo on canvas
The only real problem was the venue, which, despite it being a great space, proved even more limited (and much more expensive) than we first imagined when it was booked. The industrial building which houses The Works Gallery is occupied by many artists, and I discussed many of these issues with one of the studio holders one afternoon when they came in. They frequently use it for exhibitions, and they shared a similar sense of frustration. Another visitor also asked if we were going to do more events there, but as we packed up on the Friday afternoon, Chris, Andy and myself all agreed we were not.

There seems to be a real paucity of venues for hire to support artists like this in Birmingham. It’s a shame because there is a real wealth of talent in the area that is not associated with Digbeth’s eastside, or at the other end of the spectrum, the RBSA. There is a more fertile middle ground of intelligent, challenging and skilful artistic practice that often goes overlooked. Artists like Barbara Walker, Graham Chorlton, and Paul Newman spring to mind.

It was also good to see my own work on the gallery walls and out of the studio, which often can be as much an excuse to organise an exhibition as any. It is strange seeing the three above together at last. They are to be seen as a triptych, placing the viewer in various positions in relation to the enveloping dark space, so displaying them like this for the first time was exciting. I’m still particularly keen on the one on the left as I think it is the best one, but after a couple of false starts with other paintings that I have now scrapped, this piece was the first one I was happy with and kickstarted the direction of the others to this point. This is bookended by the most recent one (below) which I think is also very strong. It seems to bring together all the concerns with trying to balance the formal concerns with trying to create a strong sense of place, the abstract with the representational, and a dynamic interplay between the colour and the light within the image (if I say so myself!). It was also painted very quickly and has a fluency in the execution that I can see now was perhaps ‘rehearsed’ across the preceding paintings. I’m now looking forward to exhibiting the wider series in Rugby in February 2013. 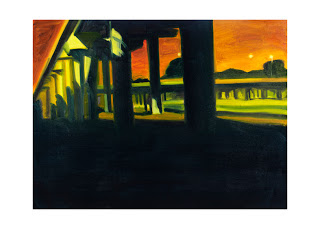 'Licence and Registration, oil on canvas

The question that currently preoccupies me though is, “what next?”

And yes, the titles were hastily arrived at by shamelessly looking through all the Bruce Springsteen songs and lyrics written about driving cars (which is obviously quite a lot!), and pilfering lines that seemed to fit.