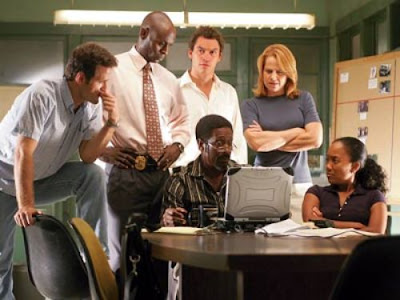 I watched the last episode of the final series of ‘The Wire’ on Tuesday evening. Earlier in the year we bought a HD recorder and recorded all five series when they were shown late on BBC2. Over the last few months, Diane and I have sat down every night to watch an episode totally gripped and drawn into this dense, complex and dark world of modern urban America. I’m suffering from withdrawal symptoms as I write. What shall I do with my evenings? How can I go to bed without my head full of Bunk, Bubbles and Omar, trying to disentangle the latest development in the plot, and trying to second guess how things will unfold, tense and frustrated that Marlo Stansfield and his crew still walks the streets of Baltimore…?
‘If it’s not the best thing you’ve ever seen, you’ve not seen it’, runs the excerpt from a review on the box set. I can’t help but agree. There has been so much written about it, and you can understand why. It’s off the air now (as usual I’m about two years behind everyone else), the series ending its run with HBO in March 2008. It was not by any means a hit, with the last episode aired to an audience of some 100,000’s rather than millions. It’s success was through the box sets and word of mouth, but it’s cultural impact resonates enormously. I don’t want to repeat the details of the show which has been extensively written about much better than I could ever hope to do here. The show’s own website www.hbo.com/thewire/ is a brilliant guide if you’ve not seen it, and has a great archive to the show and all that has been written about it. I just wanted to add a little about it’s impact on me and why I have felt so inspired by it. 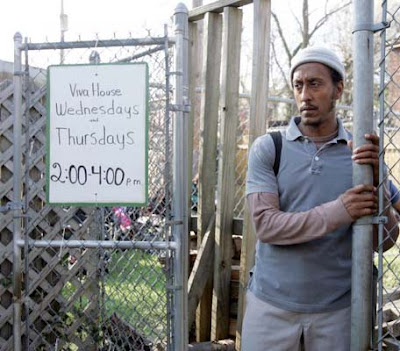 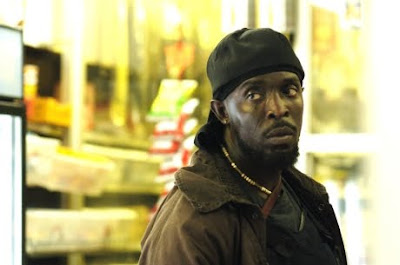 I’ve just loved ‘The Wire’ and its characters. Over the course of each series the cast of characters continued to develop their stories and expand with new characters introduced, other ones finishing (often in untimely, violent deaths). I think the real achievement in why the series worked so well was not so much in the brilliantly innovative storytelling techniques, and the unflinching eye that it cast on the society and communities portrayed, but more in the traditions of why all great TV, Film and literature work: the ability to create great characters that draw you in, that you can empathise with, root for, that express something of our shared humanity. And this is what I loved above all else about The Wire (although I was amazed by the other things too). It’s interesting to note therefore that series creator, David Simon, says he had little interest as a writer in character development. Which you can see too in the sense that very little is explored about the individual characters background stories, motivations or personal lives, it is acted out in the moment in the greater service to the narrative arc. And yet who else can express something of our shared humanity as deeply as the character of Bubbles? How can you root for your favourite character (and Barack Obama’s) who is a violent outlaw like Omar Little who acts by his own screwed-up code of ethics that you think makes perfect sense? There were so many memorable characters amongst the regular cast: Valchek; Landsman; Denis; Brother Mouzone; Duquan and many, many more. The performances throughout have been inspiring. The stories told as much in a look or a gesture, as in the words spoken. 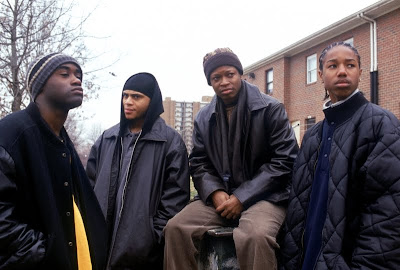 The boundaries between the so called ‘good guys’ (the law) and the ‘bad guys’ (the street, the drug gangs) were not so much blurred but obliterated. Most of the time, I felt more in sympathy with the street characters, which considering the often depraved lives they lived again says something of the skill in the writing. I even found myself in sympathy right at the end with ‘Snoop’, one of the most malevolent characters ever seen on TV, as she faced her own death. You couldn’t without hesitation say the lives they lived were wrong. For most, it was the only options they had, or bad decisions made from limited choices. It must be the one of the best written things about the black experience of living in modern America.as well as all the other issues it deals with. I’m not sure how much of an impact it has had on black audiences and whether they recognised it. I’d be really interested in finding this out.

Anyway, I could go on and on. I feel really lost without it. The big question for me now is: what am I going to watch now? Sheeee-it.
Posted by shaun morris at 21:42